Considering its stunning mountainous scenescapes, grand old architecture, and the plentiful number of gorgeous revellers who make sure the buzzing heart of Catalonia is always pumping, it makes sense that Barcelona has attracted some real cocktail-making talent to its golden shores. Artisan mixologists from all over the globe ply their trade in the city’s winding streets until the early hours, satisfying even the most discerning of drinkers. Whether you’re exploring the central Gothic Quarter or mixing with the locals in Sants, you’re sure to find some excellent bars to indulge in a Negroni or three. But even among Barcelona’s wealth of late-night riches, some cocktail venues stand out above the rest. Intimate but not crowded; high-end but not pretentious; central but tucked away from the masses: Perdita in Barcelona’s Gothic Quarter is the quintessential Barcelona cocktail experience. No matter what sort of tipple you try, you’ll be able to tell from the first sniff that the bartenders here very much know their stuff, despite the relaxed vibe.

Tables are spread through the venue, with tiny spots for dates or larger group affairs for those in a crowd. For entertainment, there’s a ping-pong table, and a DJ plays tunes to match the atmosphere, ramping up the BPM as the hours fly by. In the main space, separated from the ping-pong room by a snazzy, art- laden corridor, lies the main bar, where you can watch the masters at work. Grab a drink and a snack and enjoy the best of Barcelona’s drink-making scene. 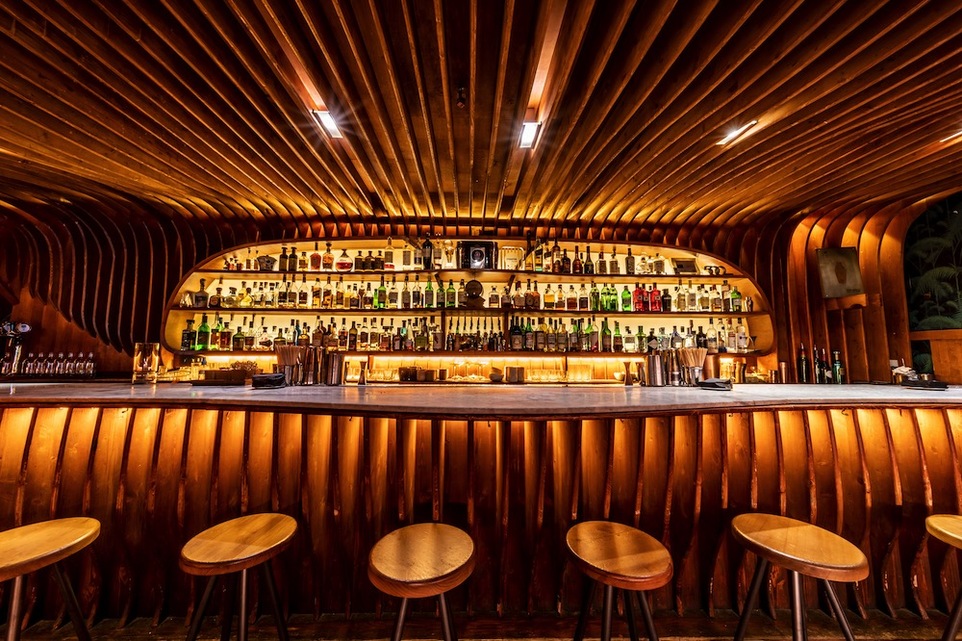 You don’t need to speak Spanish to know what the name of this bar translates to, and the second you enter the venue you can see they’re not boasting so much as telling it as it is. Sandwiched between the port and Parc de la Ciutadella, Paradiso is surrounded by a wealth of other eating and drinking options, but its bartender’s use of innovative techniques and excellent melding of flavours sets it above its peers.

Paradiso concoctions range from unique inventions to the classics crafted to the highest standards, using quality ingredients. The atmosphere in the bar is friendly but refined, with the low lighting sending you back to the golden age of cocktails, even if Barcelona is bathed in its customary sunshine. And, like every hospitality venue in Catalonia, they take pride in the tapas that’s on offer, with moreish bites to match the brilliance of their drinks. A classic cocktail experience that melds the old and the new. 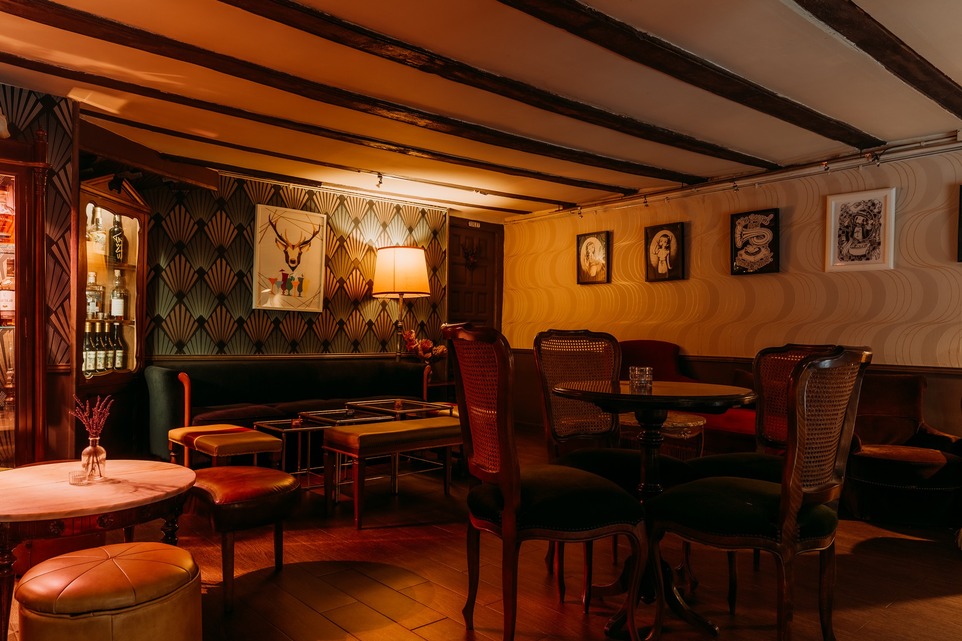 Barcelona has always been a place for collectivism, and Collage Cocktail Bar combines this social impulse with the chance to sip on some delicious, creative cocktail concoctions. Hidden in the labyrinthine El Born neighbourhood, the venue not only delivers on a welcoming atmosphere, delicious food options, and inventive recipes but is also famed for its cocktail making classes, always led by one of the supremely talented bartenders.

The décor is refined but cosy, they have one of the best back shelves in the city, and the bartenders love taking drink orders via flavour profile instead of a long list of names, so you get the chance to try something new without worrying about wasting your money on something that isn’t to your taste. Collage really is Barcelona’s cocktail mecca. A common entry on ‘Best Bars in the World’ lists and for good reason, Dry Martini is a Barcelona phenomenon that’s been satisfying cocktail drinkers for over three decades. Industry legend Javier de las Muelas has been perfecting martinis in the bustle of the Eixample neighbourhood for years now, and the bar’s success has meant expansion into Italy, Mexico, Singapore, and China. However, there’s nothing better than the original, and after a visit here you’re sure to agree.

Only the most talented staff are hired at Dirty Martini, their quality matched by the ingredients used to make the signature cocktails. As you can guess, the martinis here are a favourite, but you’ll be pleased with any drink you order. The tapas are also second-to-none, especially the oysters, which pair perfectly with the titular star of the show, the dry martini. 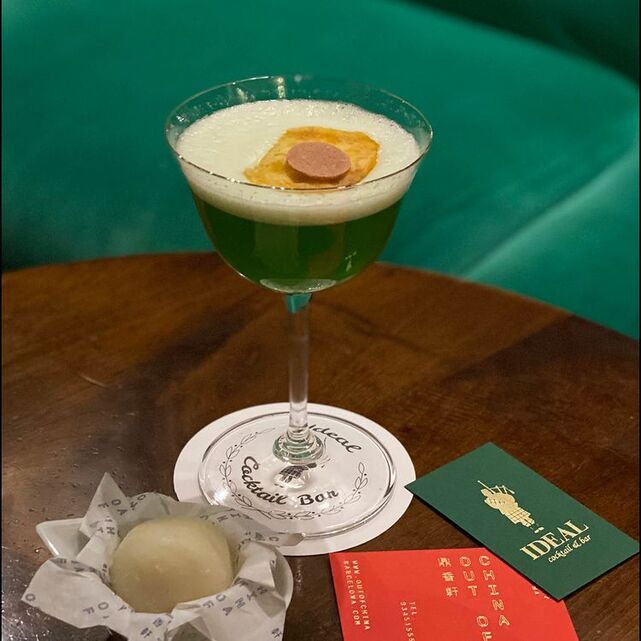 A bartender’s bar of the highest order, a visit to Ideal Cocktail bar will show you why many compare the craft of cocktail making to haute cuisine. Founded in 1931 by the grandfather of current owner Jose Maria Gotarda, Ideal has been plying the best and brightest of Barcelona with booze for nearly a century, perfecting their techniques on the way.

A classic décor is paired with a modern sensibility with regards to flavour and technique, and everything about the venue breathes class. Ideal is also one of the best places to find whiskies in the city, stocking Scottish, Japanese, and American varieties that would feel at home on any discerning drinker’s shelf. A must-visit venue, especially if you’re looking for something a little more intimate.

Your Nightlife Guide to 72 Hours in Marrakech

The Five Most Sought-After Tables in Copenhagen